After a very bad week for technology in my house, (gas boiler, burglar alarm and the Wireless Access Point that connected my TV to the hose,) I discovered my Revo box had forgotten it has WiFi. I thought I’d do the latest upgrade to see if that helped. It didn’t and it killed Freemind which is stupidly out-of-date in the Ubuntu repo.

BUT, looking at Freemind, I learned about
http://www.conzilla.org the concept browser so everything is good with the world (if I ignore all the broken stuff.) I haven’t tried it yet. It’s old.

Historically, I’ve tried to avoid Java but as I’m already committed to Freemind and Clojure, I think my new platform of choice may be the JVM. I’m done with Operating Systems.

Update: I picked the wrong week for optimism. The recent history of this project looks flaky. I see now that they are using Universal Language Modelling which is ‘a dialect’ of Universal Modelling Language. They went the way I’ve been trying to ignore.

I don’t agree with their interpretation of the UML connectors This is a bit embarassing! I think I’ve finally found a tool that I can use to quickly sketch ‘concept’ maps. It’s the fairly old ‘Dia’ but it’s had a lot of work since I last used it and been Gnomed, so it’s dia-gnome from the Ubuntu repo. It’s the third leg in the Linux graphics set with Gimp and Inkscape. It’s the one a bit like Visio, so it should have been an obvious choice.

I’m using Flow Chart boxes, fastened together with lines that can have arrow heads. It exports to a number of useful graphical formats, including SVG that I can read with Inkscape, if I ever need to prettify the diagrams (and I learn how to Inkscape.)

As it’s SVG, the data is XML, so should be computable too. As soon as I learn how to change the default font size for all objects, I’ll be a very happy bunny.

Now I have a network tool, I’ve worked out why I wanted it. It’s nothing to do with writing.

"The acts of the mind, wherein it exerts its power over simple ideas, are chiefly these three:

Quoted as a prelude to Chapter 1 of the The Wizard Book, SICP, MIT.

I wondered if there were any Clojure libraries to help with vertex-edge graphs. Silly question. There are several. I picked one called loom because the logo of my first web site was a spider weaving. It uses Graphviz for output. I’m ankle-deep in Loom videos now. A speaker just made a very interesting point that most algorithm books are written assuming imperative languages. There’s an untapped market for you entrepreneurial mathematicians.

Hey Andy, where are you upto these days with ‘Concept Mapping’, what are the key tools?

Must have been you I had a couple of long conversations with about this.
I’m yet to find a tool that truly explodes my thoughts onto a ‘visual’ in a satisfactory way.

Workflowy.com clone Dynalist.com Pro (or during the trial) does have a visual representation of the bullet points you write.

Graphviz is still the best thing I’ve tried but it is hard work so you need a very good reason to use it. I’ve just found a Clojure front end but that just means Lisp as the syntax for the ‘tagging language’ that drives the graphical representation. Something I’ve belatedly realised is that graphs are a mathematical rather than a graphical concept so you can define graphs that can’t be laid out in 2D, without overlapping lines and need multiple views of the same model to simplify it, as UML does.

So I could ‘get on with it’ (writing) instead of playing with tools, I’m actually misusing KDE UML tool Umbrello because it is dynamic, but it’s a bit buggy and UML doesn’t quite do the job. I have several class diagrams representing the concepts of my book and an activity diagram to sequence them. I’ve also identified a need in the general writing process for time-lines and ‘conceptual dependencies’, so that I don’t change sequence and discuss an idea after I’ve introduced it.

OK, so there’s a whole area called graph computing and Apache are in it with http://tinkerpop.apache.org/ which also describes it nicely and there’s tooling. In other news, graph databases aren’t what I thought they were:
graph databases (for OLTP) and
graph processors/analytic systems (for OLAP).

Or: https://neo4j.com/developer/graph-database/ Frustratingly, I’ve just found a link to Neo4J in some notes I made about Directed Graph Tools, which I found in MongoDB when investigating NoSQL. If I had a concept map… never mind.

Hang on, https://en.wikipedia.org/wiki/Hypergraph,
“Edges drawn as trees”? I’ll have me some of that.

Maybe I should explain what I’m wittering about, for once. If you can build a hypergraph out of trees then you must be able to split one into trees and what do trees make? Books!

My writing exists (theoretically) as a set of text fragments connected in an n-dimensional graph, representing a concept map and projected onto a few 2 dimensional diagrams (graphs) with rectangles around related concepts. Some of the concepts (of ‘information metaphysics’) are on multiple diagrams e.g. ‘data’, ‘process’, ‘flow’. I need to create the hierarchically structured, paginated, sequential bit-stream we conventionally call “a book”. This is proving harder than I imagined it would. Simplification is required, which I’m generally against.

If I turn the graph into a hypergraph by representing the categories as trees then I could (also theoretically) make rational decisions about where concepts are best placed and when they need to be repeated, so cut the fewest, least important links that are necessary to ‘make it so’.

Interestingly, I think the graph-theory folk got there before me but possibly for different reasons. By the end of the book, I’m hoping to know what the tool I would have liked to help me write it, looks like. Any similarities to mind-maps in Pirsig’s ‘Lila’ (but about ‘Zen & The Art…’ have already been noted. He was a tech writer at IBM, you know?
THIS LINE HAS INTENTIONALLY BEEN LEFT BLANK

@ukgav I’ve just seen your post about NoSQL and GraphDB which I may have missed at the time. That mentions Neo4J too. If I read it, I didn’t understand what a graph database was at the time.

I’ve also gone back to Cmap today which I ignored because it was a binary download that might go away. I’ve found a page that says the data format can be changed to XML and the definition is published, so if I had used it, any data would have been recoverable.

Dr. Deming has improved my understanding of what knowledge is today too. It’s been a good one.

This isn’t actually UML but there’s an interesting example of creating a GraphViz diagram of a graph from Clojure, using the ubergraph library 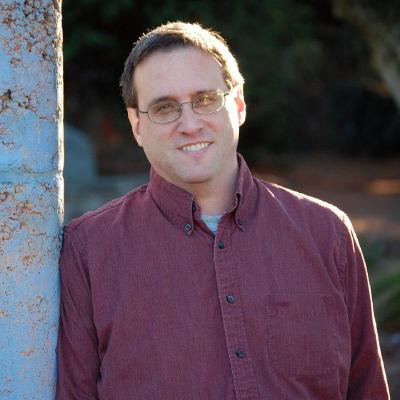 It’s no more work to create than a GraphViz .dot file and the graph data can be used algorithmically.

I mentioned Xanadu in this thread.

World's most delayed software released after 54 years of development

Xanadu, which began development in 1960, now has a working release, OpenXanadu. By Alex Hern

You thought your project was running late?

I accidentally crashed an @Auxbuss thread with:
“I just bumped into Scrivener and Scapple again
https://www.literatureandlatte.com/store and came here to add them to the list. I forgot @auxbus had mentioned them. I thought “scrivener” seemed familiar. By the time Marc mentioned it, I think I’d made a set of UML diagrams but may not yet have had a Mac so the information was purged by my garbage collector.”

@Altreus replied, “This comment caused me to check out alternativeto.net and I found a tool called Manuskript that I have installed and poked at but not tried out in anger yet. It seems to be pretty good and some of the reviews actually prefer it to Scrivener, so maybe there’s hope in FOSS yet.”

Thanks for that. It’s still hierarchically structured but it has to be eventually, if it’s ever going to be a book.

I see mind-mapping has been re-branded for us snowflakes:
https://www.advancedfictionwriting.com/articles/snowflake-method/.

I first heard about it via Tony Buzan https://en.wikipedia.org/wiki/Mind_map#Origins
though I intuitively doubted his pseudo-science explanation that brains are tree-structured. I started using mind-mapping after reading https://en.wikipedia.org/wiki/Lila:_An_Inquiry_into_Morals, then it being referenced as an influence by the author of the freemind application.
TeX and LaTeX were also designed by authors.

I recently began playing with emacs’ org mode as an alternative representation of mind-maps but I think it seems to be linear rather than circular. As I usually only use the right hemi-spere of a Mind-map, I don’t seem to care about that.
Until I wrote that, I hadn’t considered whether I think of my mind-maps as a semi-circle or a hemisphere.

I was checking progress on Manuskript. A reply mentioned a screen-writing tool, https://www.trelby.org/

This isn’t quite on subject but for me it’s tangential. I found UML was useless for modelling functional programming. This week I’ve discovered that Clojure designer Rich Hickey uses an Apple-only product called https://www.omnigroup.com/omnigraffle/. Does anyone know it? Cognitect say they are agile but they use diagrams in omnigraffle to plan and communicate design ideas.

My son-in-law sent me this: 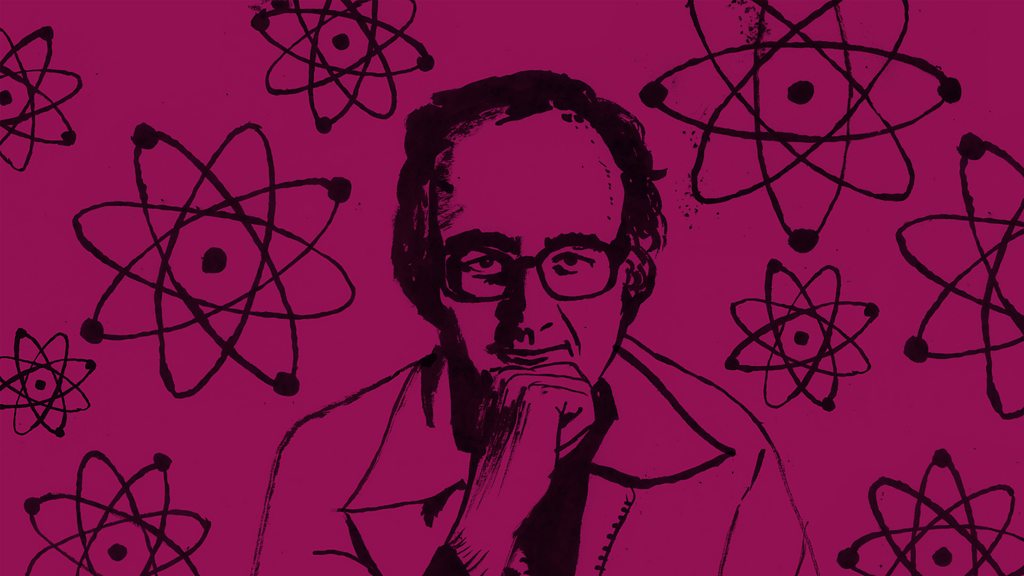 From Mozart to the helicopter: James Burke makes the link

It mentions his Knowledge Web https://k-web.org/

but on the way I discovered he had this idea before
1978 because he had a TV series called Connections https://en.wikipedia.org/wiki/Connections_(TV_series)

It’s a web concept map, made with this https://www.thebrain.com/products/thebrain

I think I’ve finally found something that getting close to doing ‘sort of what I want’. @Jess mentioned Obsidian recently, which she was using to store lists of links. I had a quick look but I missed the ‘graph view’. It looks almost good enough.

On Friday I found this:
Use in PhD note-taking

and the slightly more realistic ‘3 ways to organise’

They both use Obsidian as the tool to implement The Zettelkasten method of note-taking and knowledge management, ‘originally’ used by Niklas Luhmann, a German sociologist. “Zettelkasten” means “slip box”.

This was actually far from original, see:
https://en.m.wikipedia.org/wiki/Zettelkasten.
This is what I’ve been trying to invent,but John Locke got there first again, in the 17th Century.

I don’t think Obsidian goes all the way I wanted to but their Roadmap suggests they know that there is more to do. I think the videos I’ve watched about Zettelkasten could stop them taking some wrong turns in the area of sharing.

It’s freemium software (freeware, for personal use) but not FOSS. I’m slightly surprised how much this bothers me but I’d like to see if I could extract graph information. The notes are Markdown, in a directory, so they seem safe. I watched a guy who says he uses the free version but thinks it’s worth paying for syncing between devices.

I’m most interested in the ‘slips box’ idea, as it confirms I’m not the only person who believes you can compose a narrative from the emergent behaviour of a graph of relations between ideas. IRL people have actually demonstrated it works.

My graph is in UML, my notes are in Google Notes and they are (partly) synced manually, but I hit the same kind of problems as @morganeua. TLDW: the simplest model “doesn’t scale”. It gets too big for a normal human to cope with. Practitioners seem to hack their own solutions.