Need some feedback on our online agile course

My names Sam Fitzpatrick and I work for Magic Milestones based in the Jewellery Quarter. We’ve recently launched an online course for people looking to learn about agile.

I thought I’d share it with you guys as you may find it useful and hopefully you can give us feedback too. The demo course is free.

I just had a very quick look at the front page but I’m interested in seeing more.

I’d change “An introduction to using Agile principles and methods, including Scrum and Kanban in particular.”

to “An introduction to using Agile principles and methods, including the Scrum framework and Kanban [I’m not sure] in particular.”, maybe “workflow” or “change process”? It can mean lots of things.

Feedback, in case it’s useful: I’m interested enough to read the first chapter, but not interested enough to go through a sign-up process. I appreciate you need to get conversions, but I wonder if offering the first bit of something without sign-up might improve retention? Have you checked your bounce rate here?

Hey @SamFitzpatrick, welcome to the community, why not come and tell us some more about yourself?

I’m very interested in learning more about agile, because what little I do know about it sounds really useful, so I’ve signed up for the demo course and will give it a bash.

We are a community of passionate individuals whose purpose is to revolutionize software design, creation and delivery, while advocating for positive social c...

Thanks for your replies all!

@Woo, very good point… the text on pages will definitely need to be optimised anyway as I’m yet to do some SEO!

@halfer, thanks for your suggestion, I will have a chat with my team about offering the demo (or at least part?) without requiring a sign up. The analytics weren’t showing anything other than spam referrals at the end of last week. Digging deeper and using filters today though I can see the bounce rate is 69%, so definitely needs a plan!

@LimeBlast Will head over later this afternoon! Let me know how you get on with the demo and if you want to try the full course I’m sure I can work something out

Excellent, thank you - I was going to tackle it this weekend, but other commitments (having fun with my friends) took precedence

I’ll chip away at it this week

I’ve just read this article about teaching agile to a group of skeptical executives using lego, its a good read! 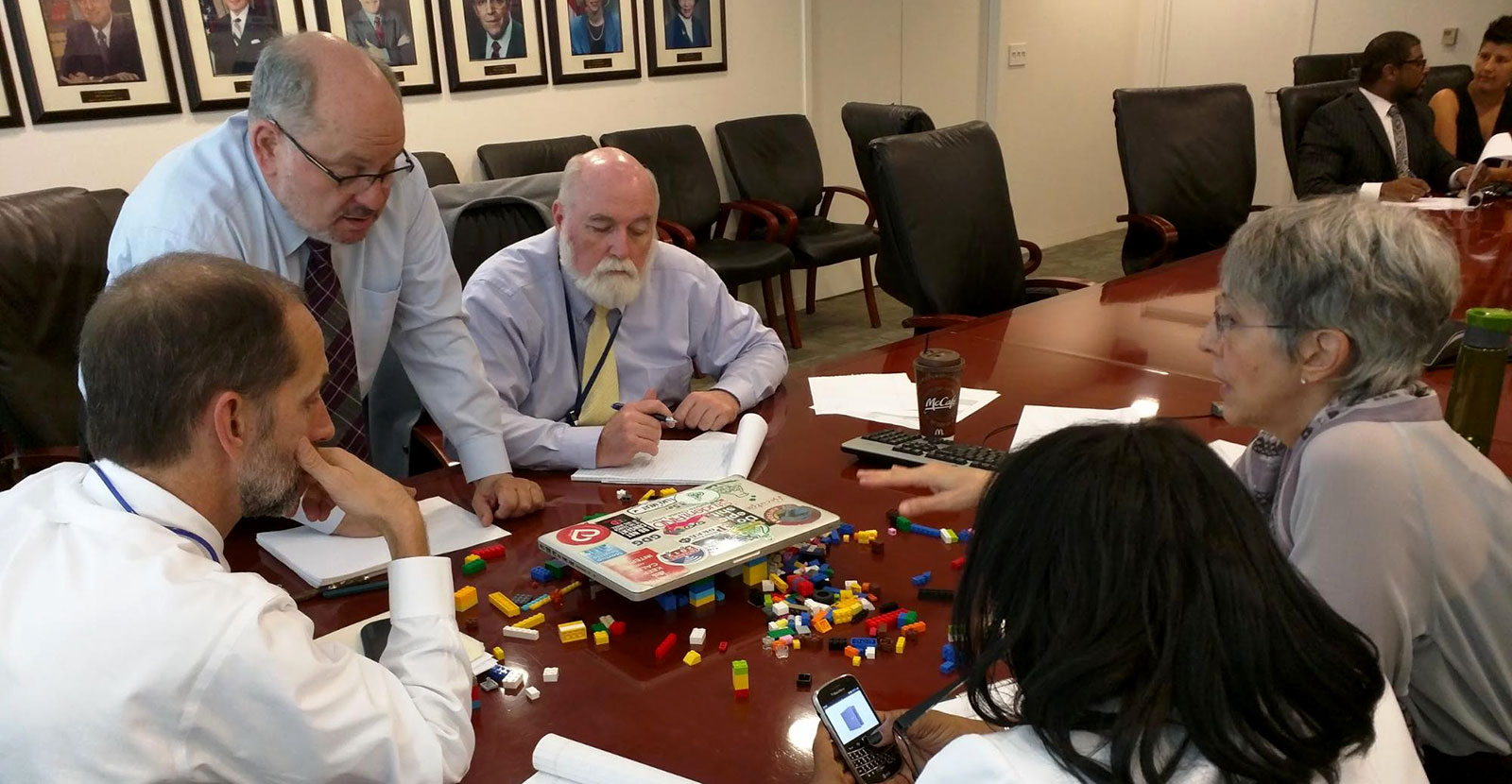 The Small Business Administration was ready to try something different. So they asked 18F Consulting to run an “introduction to agile” workshop for their executives. With the help of a bucket of Legos, the executives were able to learn the basics of...

It lost my ‘heart and mind’ a bit at “agile, a product development methodology”

And again at “Legos”, when Lego is clearly a collective noun, like all Scandinavian words ending in “o”. Maybe.

Finally, at using a physical product for the example, so what they are actually demonstrating is the advantage of getting a good, clear specification and building prototypes. Luckily they were managers so easy to fool with the promise of a magic bullet

Clearly they are referring to LegOS, the new Linux distribution for ARM processors.

And again at “Legos”

The LEGO® people get a bit cross about that sort of thing. http://www.lego.com/en-gb/legal/legal-notice/fair-play:

If the LEGO trademark is used at all, it should always be used as an adjective, not as a noun. For example, say “MODELS BUILT OF LEGO BRICKS”. Never say “MODELS BUILT OF LEGOs”.Also, the trademark should appear in the same typeface as the surrounding text and should not be isolated or set apart from the surrounding text. In other words, the trademarks should not be emphasized or highlighted. Finally, the LEGO trademark should always appear with a ® symbol each time it is used.

Or Legolas, the tallest dwarf.

Sorry @SamFitzpatrick. You caught me at the end of a heated debate about Agile & Lean on another channel. I was in full-on debunking mode.

haha! no problem @Woo. I wouldn’t mind having a read of said debate if its public? Got a link?

Then maybe they should have stuck to making just bricks and left kids to imagine a bit more. I’m British, I make things out of Lego. My son has made art out of Lego. He made a child cry at his degree show. I was SO proud. Though his was not the work most obviously unsuitable for children, by a long way.

It’s the ‘Lean & Agile’ group. There are many such debates. I use it to keep me mentally fit while I’m not working and this is for my ‘work coffee machine chats’. Otherwise I’d be a hermit.

Most people are there discussing ideas and trying to learn or improve the techniques. Those people are great but there always seem to be a few who either want to show off how much they know without adding anything (never the ones who DO know - best ignored.) or are only there to say “Agile is rubbish”, without having tried it.

There was ‘a moment’ in this conversation when I realised that there’s ‘no such thing as a bug’ in Agile. Some of the others haven’t caught up yet. I simplify: there’s no definition of a bug. It’s negotiable, along with scope. Don’t tell any PMs, it will assplode their heads.

Hmm One of those conversation where folk are trying to turn agile in to a strictly defined process.

If there’s a bug – in any software – fix it. That’s the benefit of continuous delivery and short delivery cycles. If you are building a backlog of bugs then you aren’t very agile. It’s in the word

btw, Andy, I noticed that you called folk techies? Odd term that. Limiting. Surely developers would be better (if that’s what you mean).

I’m slightly concerned that we’re hijacking @SamFitzpatrick’s thread and should keep this discussion for later but it’s a bit entangled in the rigging so:
You can’t ‘do’ a set of principles. I think agile always turns into process, though not necessarily procedure. Otherwise, you’re just making stuff up as you go.

My main point was that there is no clear definition between what is a bug or a required feature in agile, without a definition of done, because there is no fixed scope. A bug exists if the user-story does not meet the definition of done. The questioner clarified that his question was ‘what happens if you find a bug after the story is declared done?’ The answer is that “you can’t”. If you find it later then, in Warerfall terminology, ‘it wasn’t in the spec’ so should go on the backlog, as a new story/task with new tests/DoD. The bug was ‘in the spec’, so the customer is asking for something that wasn’t agreed to. Effectively, the tests/dod specify the scope of a user-story.

In Scrum, the Product Owner sets priorities so we may not fix all of the bugs. Agile means to move and change direction fast. It doesn’t mean you won’t drop anything or that the PO will let you collect the injured.

Yes ‘techies’ was limiting, to a set of people who may be both a subset and a superset of developers. I was talking about people who care more about the technology than the business problem or its solution, the To-Be process, whether implemented in software procedures or humans.ñ

No hijacking going on here, @Woo. I like to see a healthy discussion around agile and, as you said, the subjects are well entwined.

I’ve PMed you some feedback, @SamFitzpatrick, I hope you find it useful.