My induction at the Barclays Eagle Labs

I’ve just got back from my induction at the Barclays Eagle Labs maker space over at Aston.

After being introduced to it at the Raspberry Jam a couple of weeks ago, the induction today covered how to use the tools available, and now that it’s complete, means I’m allowed access to use them during their free Friday sessions.

Run by a technician called Dan (who isn’t a member of the forum - yet), the lab itself has a couple of 3D printers, a vinyl cutter, and a laser cutter - along with some of the basic tools you’d find in any well-stocked shed. This is complimented with a few work benches, some desks, and even a couple of sofas. I had access to a couple of laptops running Windows, there as well, although I’m sure if they’ll always be available.

Although access to the equipment is free on Fridays, you will need to pay for any materials you use (although Dan has said that, as an introductory offer, with the filament for the 3D printer being so cheap, he’s happy for use of it to be free - within reason).

Soon after the induction was complete, a young lad named Philip (accompanied by his dad) jumped into action using the laser cutter to build his Raspberry Pi powered Pokedex, whereas I found a cool robot on thingiverse to print using the 3D printer, and set it going… 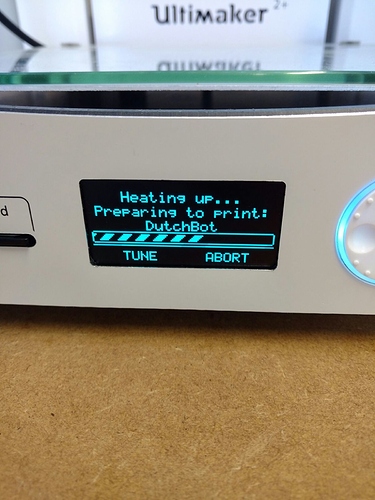 … after a failed start that is. 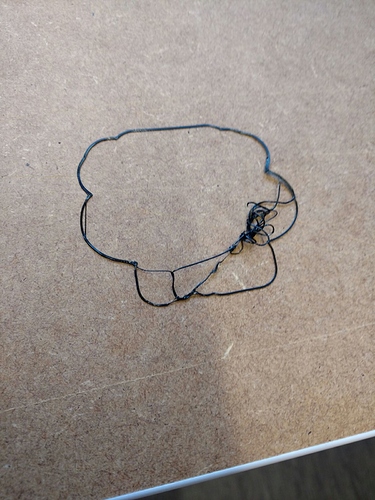 I’m going back again next week to pick up the robot, and hopefully will have some better ideas on what to actually use the equipment for.

Anyway, I think the space is cool, and they’re happy for people to come to use it on Fridays, so if this sounds like something you want to be part of, hit up their site.

I guess, technically, this is my second attempt at printing the robot: 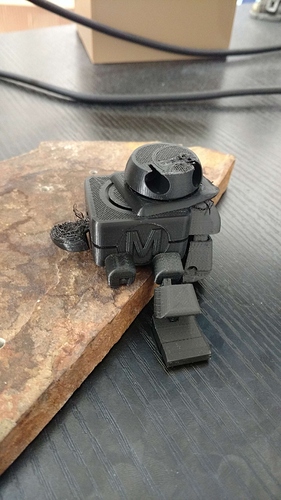 Maybe I’ll make him a little sign that says “please kill me” and pop him on my shelf, because I’m a git like that.

Right now I’m printing a stand for my watch, which I’ll pick up tomorrow. Watch this space.

A stand for your watch?

Also: a stand for your watch? A stand?

Yes, to sit on my nightstand, to charge it overnight.

Yes, to sit on my nightstand, to charge it overnight.

Sounds friggin awesome!! Thanks for sharing. Will certainly check it out when I’m back.

It’s noticeably not on here http://siliconcanal.co.uk/companies/offices/

but from my Android tablet, I couldn’t see the ‘Spaces’ page anyway, when I was trying to help a friend find somewhere to work a couple of days ago. It doesn’t say anything very useful now I’ve found it.

I believe it’s part of the Innovation Centre - but I’m not entirely sure how it all fits together. Maybe @MichelleRayner can fill in the gaps for us?