My adventures with the Arduino Starter Kit

Here we are, final project of the book, Hacking Buttons:

This one uses an Optocoupler (that is, an IC with an LED one one side, and a light sensor on the other, which makes a connection when it senses that the light is on) to press a button in the attached card reader.

The very first line of this chapter starts “Warning: You’re no longer a beginner if you’re doing this project, You’ll be opening up an electronic device and modifying it”, then goes on to explain that sometimes, rather than building something from scratch (say, something to record and playback some audio), it’s easier to control something external, which is where the Optocoupler comes into play, and has the added benefit of having total separation between the systems (because it’s light, rather than something physical, which enables the switch).

In the book’s example, they talk about wiring it up to an audio device - but I had no such thing that I was willing to pull apart, so instead I used my old co-op bank card reader (as I’m no longer with co-op). After pulling it apart, I scored a line down the middle of the button that I was replacing, and soldered a wire to each half, before putting it back together. 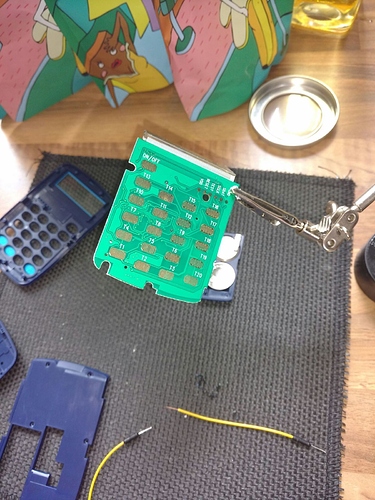 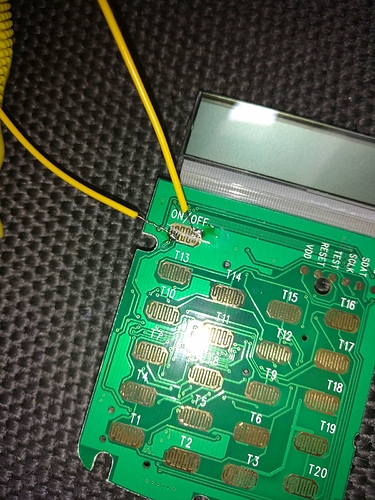 The script is nothing special, all it does is power pin number 2 (and 13, which in turn is connected to the little LED you can see flashing on the board) for 150 milliseconds, which hits the switch on the card reader turning it on. It then waits 2048 milliseconds before looping back to the top, causing the button press to turn off the card reader.

So that’s the end of the book - and I’m still no closer to knowing what I want to do with the dumb thing. It’s fine though, as I have a better understanding of its potential (and where it might be more suitable than a Raspberry Pi).

Next, having assigned a budget of £200 to it, I’m working on the makers zombie book, which itself has use for an Arduino in the later chapters.

I did it today. Loved it. Simple, as you say, but I really enjoyed the fact that I understood what was going on and why.

I clicked the link in the source code and downloaded from that page, so missed this frustration.

Blu-Tack is your friend

Or you can just grab the wire, thus bypassing all the engineering nonsense

I started in that then decided I’d rather be doing interprocess shenanigans in Elixir. So, I’ve saved it for messing with Nerves and the Pi.

@LimeBlast I think I’ve found us a start-up: http://uk.businessinsider.com/easyjet-connected-sneakers-use-google-maps-2016-6?r=US&IR=T We could do this, except little clip on vibrators (oo-er) rather than produce shoes. Folk I’m talking to think this is an awesome idea. Seems east enough to me.

Clearly the problem with the trainers on offer here is a lack of visibility for secondary marketing of the company - sure, they’re bright orange and feature a logo, but just who is going to be looking at someone’s shoes…

…no. The solution to this problem is a jacket with arms which light up. Same basic concept, but with some neopixels embedded into each arm, a solar panel on the back, and a car battery in a stylish bumbag.

Ours can go one step further, though, as it can hack into nearby phones and provide them with directions as well.

Just seen an interesting post over on the Pimoroni Blog about Arduino/Genuino, and some of the fallout that has occurred.

Why we won't be selling Genuino or Arduino any more

UPDATE #2 (Friday 12th August): Paul and I have spoken with Massimo Banzi from Arduino LLC about the issues. We're confident that changes will be made to fix the situation for resellers and we'll update you as we hear more. UPDATE #1 (Friday 12th...

Does this mean they’re going to drop Genuino? Because that sounds like a good move forward.

Presume so. Hope so.

Aside: I have my used Arduino kit sitting here doing nothing. If anyone would like it, let me know, and I’ll send it on. It’d be great if someone knew a kid who could make use of it. I tried giving it to a school, but y’know insane rules and stuff prohibited it. Landfill is preferable to learning it seems

Rebel Makers would take that, I bet.