If we create value then who is ownership shared between? Some obvious choices: a) no-one / everyone b) Birmingham c) the community d) contributors e) unequally between contributors. Politics, already?

Thanks for creating it.

My original idea was to answer the questions that people new to Birmingham and the community repeatedly ask or to find the answers if they already exist. I tried to make it more interesting (but may have confused more people than I hooked) by loosely describing a distributed network of unknown architecture by which people would access this information and collaborate and take part in digital democracy for making community decisions. I’m trying to build in resilience. My background is high-availability systems so I naturally think that way. I’m sure your other list fits in there somewhere but I’m not sure how yet. I’m trying not to build a central hub of links but you happen to have already created a list that we’d identified was needed. I saw your open-data list too. That was something I hadn’t got round to adding yet. Maps also feel like they’re going to be important to the endeavour. Do your coffee shops come out of a database or are they hardcoded into the web page?

I need an update to the git advice I was given because what I’m doing feels like hard work. I think I may have misinterpreted what was said.

I thought I’d been advised to fork mic to my own GitHub repo/mic then work on it from a git client. This results in every commit becoming a 2 stage journey, ‘up’ and ‘down’. In my git client, I can’t tell that there have been changes to the io master. I’m not sure what this is giving us, apart from more work.

Was the advice really intended to be that I should create a branch to the local repo on my git client? I understand that git has a variety of different work-flows. Does everyone here use the same one or am I getting advice with type-conflicts?

If I have done what was intended, how do I pull changes from io/mic to andywootton/mic ?

If I have done what was intended, how do I pull changes from io/mic to andywootton/mic ?

The “upstream” is just a name, it can be anything. The “master” here is your own one. The “pull” may not be necessary but just makes sure you’re up to date with your own repo before merging in something else.

I guess pushing your work to the IO repo would be via pull requests in the GitHub interface.

Thanks, that gives me some clues. Yes, I’ve made a few ‘pull requests’. It’s only now other people have started making changes that I’ve realised I’m not getting them

says pull is a fetch followed by a merge, so I’ve learned something already - and it probably isn’t necessary to pull.

pull is a fetch followed by a merge

Correct, but in the context I offered it, it does that from andywootton/mic i.e. pulls any changes there and then merges them into your local repo. A “merge” in this case does not know about the upstream repo.

and it probably isn’t necessary to pull.

No, probably not. The only reason you’d want to do that in this case is if other people were working on andywootton/mic and you wanted their updates, or you were swapping between your own computers and wanted to get the latest copy of your own work. If there is nothing to pull, it is completely safe.

pull does fetch and merge, so you shouldn’t need to fetch, pull, and merge

What is the difference between 'git pull' and 'git fetch'?

I decided I need to set aside time to learn the fundamentals of git. I don’t learn well by rote and that’s how most of the material seems to teach.

Hey @woo, I see you’re coming to SC BBQ. I’m planning to go – awaiting invite confirmation. We can git and beer (or wine or G&T)! Srsly, happy to sit down and run you through a new project and deploy to the Big Bad Internet.

pull does fetch and merge, so you shouldn’t need to fetch, pull, and merge

It is appropriate in my example, I think - happy to hear if I have missed something though. I suggested that Andy pull from his own repo, and merge from the upstream repo. A pull on its own, with no parameter, uses the current branch (usually master) and the default remote (andywootton/mic).

So yes, “pull does fetch and merge”, but from “own remote”, not from “upstream remote”.

Only half a dozen tickets left tonight. I got it within seconds.

Be good to meet but I don’t learn very well by listening either. It’s not that I’m struggling but that I haven’t tried yet. Maybe I’ll have some questions by then.

Hi @Woo I’m a librarian/information scientist so my coffee shops list is a catalogue on the site, each entry individually made - does that answer your question? I don’t think I’m going to the SC BBQ so let’s make another time to meet, at your convenience. Pauline

I think it might be a good idea to contract companies in various disciplines that are interesting in being included in this. Those that want to active in the tech community that is. Contact details and the like, might prove to be a useful ‘go-to’ for talent and business partnership?

@jims I think of ‘it’ as ‘a brand’ that they (we) voluntarily include ourselves in by doing some work towards making it happen. I wanted to get something started but I don’t have any resources to go very far alone. A few people have started to help but not many. We’re all busy people, trying to get things started up, I guess

Silicon Canal is a conventional, centrally organised way of organising community effort but I think people then expect the people who stand to gain most to pay them to ‘make things’. I thought birmingham.io was the place where the makers hang out, so we could make things for ourselves and own them collectively.

I agree about the list of contacts though. ‘Someone’ should definitely make that. It could be added to the ListOfLists we need. I’ll put it on the MicMap. I gave a commitment to maintain that until we have a better way to store it.

Update: it’s ‘kind of’ there already: person, employer, organization, company, job, role, vacancy are all on the map. I confess I haven’t indicated that anyone might actually be in a job. I’ve been writing so long, I’m beginning to forget what that’s like, despite daily reminders from Mrs. Woo. Euan Semple wrote a book called ‘Organisations don’t tweet, people do’. I think it’s the same thing for membership of communities. If someone came on here as ‘Social Media Rep, BigCo’, I think we’d ask what their real name was, in case someone in the ‘trust network’ we’re building here already knew them. I guess you need both.

I’ve noticed that most political parties don’t believe this point though, so please tell me if I’m wrong. Only my Conservative candidate tweeted in his own name, but he won.

The new Clojure tooling (clj) appears to have better support for git.

This is a nice, brief guide:
https://learnxinyminutes.com/docs/edn/

and I learned this from it:
Maps are associative data structures that associate a key with its value BUT: “You’re not restricted to using keywords as keys.”
I think they have been, in every example I’ve seen before tonight.

Via: @otherJaneFallon,
A network of influential Midland women (with notable exclusions!) on the Twitters 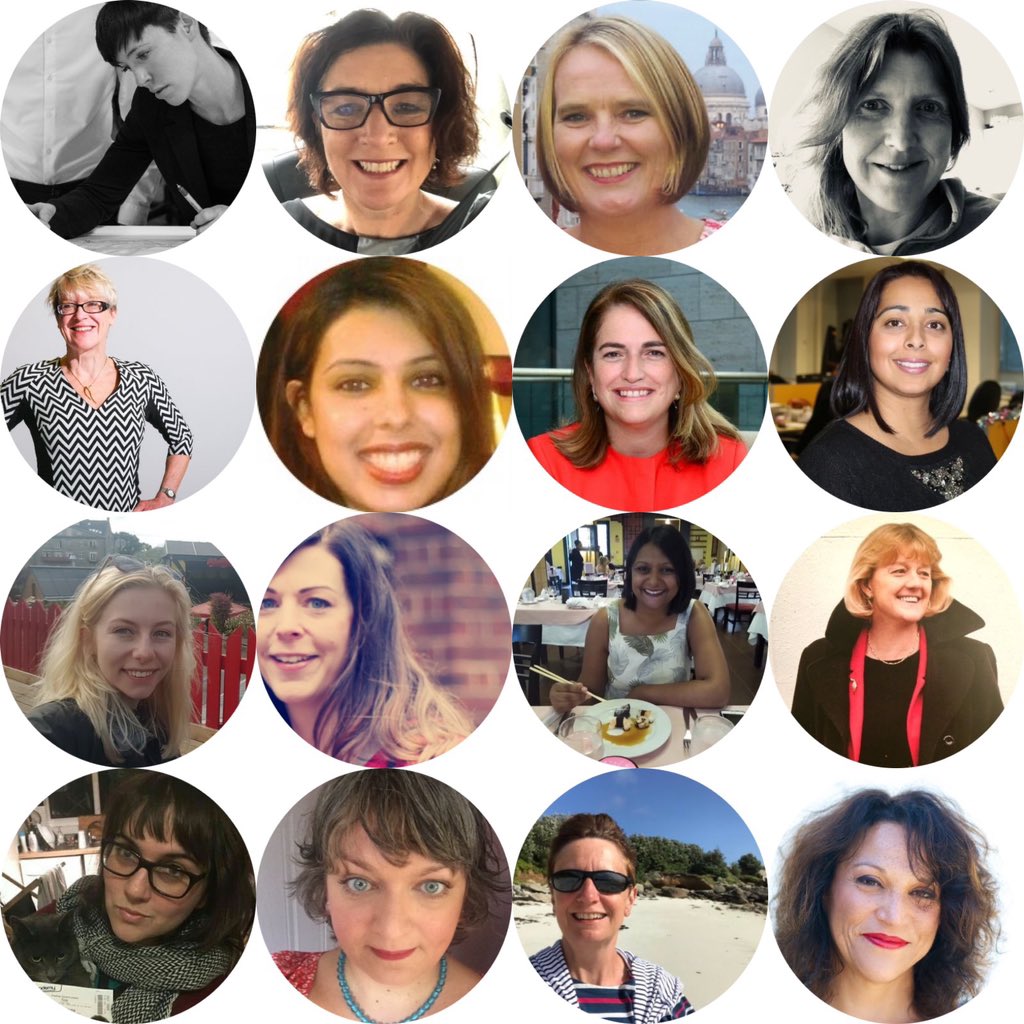