I am looking at buying a new keyboard for my workstation at home. I use it a lot for gaming as well as coding so i still need something with tactile feel (preferably something with MX cherry’s in).

At the moment i have a Logitech G15 and this seems to have too high as i am used to using a Apple keyboard at work.

Does anyone have any preferences over keyboard and which one would be good for coding as well as gaming?

So far as I’ve been able to gather, the requirements of a gaming keyboard are different to that of a typing/coding keyboard, which is why I’m confused why a lot of keyboards which cater more to typing are being sold as gaming keyboards.

You can’t go wrong with getting a keyboard which uses MX Cherry switches, but the question is, what sort of switch should you go for. A lot of this is down to personal preference, but as a rule of thumb, red are good for gaming, where as blue are good for typing.

There is a good article on Lifehacker which going into more detail about this, a recommended read:

Mechanical keyboards, or keyboards with full, individual switches under every key, have exploded in popularity recently, although the technology inside is as old as the keyboard itself. There's really no substitute for that solid, clicking...

Anyway, talking from personal experience, there are three keyboards I use:

This is a mechanical keyboard which I use at work for coding. This is promoted as a gaming keyboard, but as it uses blue switches, so I personally think it’s better suited towards typing/coding. To say that it uses blue switches is a little missleading, however, as it uses Razer’s own green switches which is based on blue, but has far less travel - I have no idea if this actually makes it any better for gaming, but it’ll do for the moment.

There are a couple of things I dislike about it, the main one being the stupid font they use for the keys (I guess they’re trying to be edgy), and the fact the shift-key symbols appear below the regular key symbol. Look at the (say) 7/& key on the blackwidow, and the same key on a regular keyboard, and you’ll see the symbols are reversed. I don’t actually look at my keyboard very often while typing, but it’s enough to confuse me on the rare occasions that I do.

I have two of these, one on my macbook, and the other an external which I use when I’ve got my macbook docked. Not too much to say about it really. I’m not a huge fan of the keys (or the fact they’re in different positions to regular keyboards), but I’m getting used to it, and am able to do a decent enough job using it. I prefer typing on the blackwidow, but the offering from apple does an okay job.

This is the keyboard I’ve got attached to my gaming PC, and I can’t type using it for shit. The keys are too close together, meaning I hit the wrong key more often than I do with the other two. For gaming however, it’s fine and does a perfectly fine job - but I think other keyboards could do just as good a job at gaming, without suffering from the inability to type correctly at other times.

Out of the three I have, I think the Blackwidow is the best, but I still want a new one. For a while now I’ve been looking at the CODE keyboard, but I don’t think it’s available in the UK (or with a UK layout). I’ve also been looking at getting a Das Keyboard (probably the 4 Professional), or maybe something by Ducky. I’m happy sticking with blue switches, but I am quite heavy-handed, so it might be worth getting a real green (not the Razer green).

When I got my Blackwidow I visited Maplin in the city centre and asked to try some of the different keyboards they had, which they were more than happy to let me do, so if you can find a shop that’ll let you do the same, you’re onto a winner.

I hope this helps.

Actually, I take it all back - you should use this: 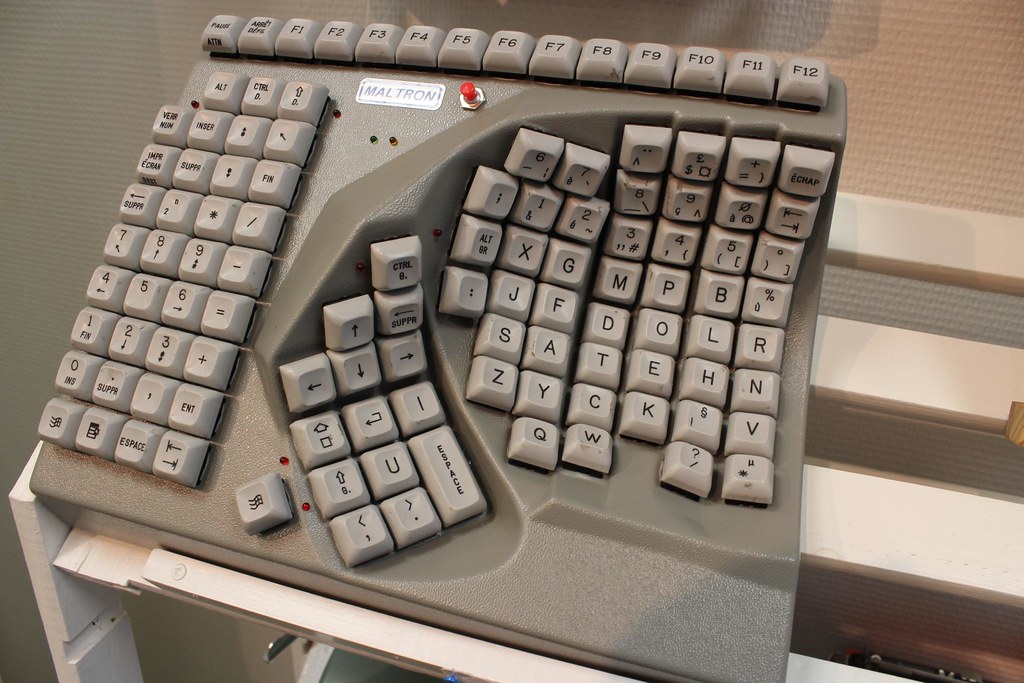 If you move to Liverpool, you’ll need this.

I use a TKL CODE keyboard. Mine has Cherry Greens with O-rings to dampen them a bit so it’s not ridiculously loud. The greens take a bit more force to activate. I found it took a few days to get used to it after being used to the Apple keyboard (the current aluminium thin one). I got mine from Massdrop which are a good source for mechanical keyboards. With their discounts and lower shipping cost to the UK it worked out much cheaper than trying to buy one directly.

It’s a US layout but has switches to allow it to work with PCs and Macs including the media controls,etc. I actually now prefer this layout, particularly since I write a lot of Ruby code. Accessing # is now just shift-3 instead of Alt-3 which is easier to type.

Super cheeky, no doubt, but do you think you could bring your keyboard to the next WMRUG meet, @elaptics? I’d love to see how well I get on with green, and how it differs to the blue/fake green than I have at the moment.

Yep, no problem! I will look forward to deafening everyone during the coding session

I will look forward to deafening everyon

Well of course, this is the real reason why anyone gets blue/green keys

Interesting looking at the dip switches on the back of the CODE, I’ve fancied trying a dvorak layout for sometime be really don’t want the hassle of changing the keyboard layout on my pc (i’m not the only user). A hardware switching option would be perfect.

For me the most important factor on a keyboard is that the arrow keys can be easily found without looking. I’ve tried some where the arrows have been blended into the key layout and that has driven me nuts because I keep missing them.

I’m currently using a bog standard Logitech, seems to do the trick. I’m not sure I’ve ever used a mechanical keyboard, I’ll have to get round to trying one.

The only problem is once you’ve tried a mechanical keyboard, you probably won’t want to go back

True, I recently switched to a Das Keyboard 4 Professional with brown switches. It’s amazing, really happy with it. Noticed Das Keyboard have just released a new keyboard called the 4C which is smaller. I was also considering the CODE keyboard but glad I picked this one now

A few months ago I bought one of these: http://www.amazon.co.uk/Cherry-Quality-Action-Keyboard-G80-3000LSCGB-2/dp/B0041KJKAG

It’s a Cherry MX Blue Mechanical keyboard, works perfectly on Mac + Ubuntu (since I run VM’s under osx) you just have to set up the keyboard layout correctly which takes a minute or so … I have to say i’m really enjoying it

I’ve been using one from http://www.wasdkeyboards.com/ for a while, with MX blues.

Looks great, feels great. Only downside is there are now two people in my office in a small room with blue switches in their keyboards, so it gets a bit noisy.

I also like the idea of designing my own keyboard, but its expensive.

And then add on the extortionate shipping cost. And then the customs charges.

Ugh. I’d regret it if it weren’t so pretty.

@jsrn did you specially customise yours? Would you post a photo?

@LimeBlast Sure thing. I did customise it, but nothing too flashy. Apologies for potato quality.

…which reminded me that I needed to post this image of the ultimate coders keyboard: At the London Science Museum last weekend I saw a hand-punch for punched-cards. When I was at Aston University, there was a blind post-grad who used one of those to write programs. I assume he could also read the holes by touch.

I am still in awe. I can’t remember a telephone number long enough to dial it.