Cheap SIM for Internet of Things?

I was browsing Facebook earlier today and saw an advert for ChatSim.

This is being marketed as the low cost sim for use with IMs such as WhatsApp, which for as little as £10 a year, you can use send unlimited text and emoji messages from anywhere in the world.

From what I can gather, this is a bit of a loss leader, with the long term idea being that people will get the sim for messaging, but as most (but not all) phones can only support one sim at a time, they’re hoping to sell extras, such as more advanced messages (images, videos, etc…) and phone calls, etc…

So I was just about to close the window, uninterested in such a thing, until I realised that it could be good for use in IoT projects?

I’m sure there’s something out there which will let you use a sim with an Arduino or Raspberry pi, for reporting back to base, and as long as you’re only sending textual information, this could be a cheap way of achieving that?

Anyway, I’m not that clued up on IoT, so it’s possible what I’ve just described is silly - but I figured I’d post about it here anyway, as I want to hear what you think about? Would something like this be realistic? Or am I way off the mark?

Is this a ‘Thing’ that is out of range of your already paid for WiFi?

There are also £5pm gigabags that allow tethering, with data limits.https://www.giffgaff.com/gigabags. (I’ve only just realised that the goodybags allow tethering too, now they’ve gone to 4G)

The “thing” doesn’t exist yet, I’m talking theoretically. Even at £5 per month for giffgaff, that doesn’t beat £10 per year.

I’m suspicious of loss-leaders. I think O2 know what is sustainable.

Not bad, still, though a bit less attractive.

In my stumbling around the Internet today, I found a funky 3G kit for use with IoT devices being sold by Pimoroni.

Although the kit itself looks interesting (I’m not entirely sure, but I think the Particle Electron it comes with is a bit like an Arduino, with added 3G connection), I’m more interested (at least in relation to this thread) in the SIM card deal being offered with it.

They’re offering 1MB of data for $2.99 a month, with each additional MB costing an additional 99c. Now of course 1MB isn’t very much, but if you read further into the blurb, they’re apparently using their own protocols to massively reduce the bandwidth needed to send data.

I’d not mind paying around with something like this, as I have an idea for a project that I think would benefit from a 3G connection to send signals once or twice a day - so I may come back to this in the new year.

Relevant (and the rest of that conversation) 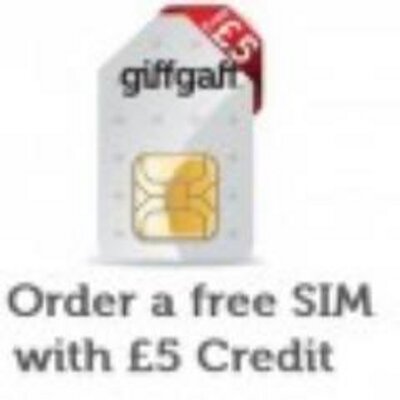 Further investigation has discovered hologram, and their free developer plan.

This gives you 1MB per month for free - which doesn’t sound like a lot, but for reporting sensor data, etc… it should be plenty enough.

I’m close to ordering their Onboarding kit and using it to power a mail notification (something which can sit in my mailbox downstairs and tell me when I have post). Alas, the postbox is outside the range of my wifi, hence looking for a gsm solution.

hologram, and their free developer plan

$7.50 shipping seems a bit bloody steep for a SIM card (especially since you can only buy one), but hey ho. It being an American company is a bit worrying from a customer support perspective. The one from Three doesn’t work?

$7.50 shipping seems a bit bloody steep for a SIM card (especially since you can only buy one), but hey ho.

When I ordered mine, it was free shipping. You also get a sim for free with any hardware you order from them, such as the Dash I’ve just ordered.

The one from Three doesn’t work?

I’ve lost mine somewhere in the move from Birmingham to Worcester. I’m sure it’s somewhere among my stuff, I just don’t know where.

In any case, I wasn’t able to test it as I didn’t have any device with which it was compatible (except my phone, of course).

I may try it with the aforementioned Dash (if I ever find it again), but with my current plans for it, I’m sure the 1MB included with the Hologram sim will be plenty.

Ah, cool, that makes sense then

@LimeBlast If you are not aware, there are specialist sim cards used for machines. Called M2M sim cards. They have different setup. Used in hardware like cars, traffic lights, IoT devices etc.

This should give a good overview: https://www.infisim.com/what-is-an-m2m-sim-card/
Searching for “M2M sim cards UK” should give an idea of where to buy them from.

I hope this helps.

While “unlimited” may come of as “take my money now” sort of thing, bear in mind that the person you’re texting needs to be in the same boat as you (to reply): can text unlimited anywhere in the world for £15.

I just ordered one of the 200M/month free SIMs to try out. However, I just spotted this deal, for £5 once only you get 500M/month for 12 months. That seems very good.

In stock - The pay as you go data SIM that's got you covered for 12 months. 500mb a month for 12 months. One payment. Contract free. If you run out of data, you can easily add on extra, any time. We won the fastest mobile broadband award in the...

Hmm, it’s getting a real kicking from Argos customers though - they’re saying the data amount is misdescribed: Just a quick update from my end, in relation to my plans for the SIMs.

I purchased the Hologram Dash, but - to cut a long story short - it won’t work in the UK. I think I got confused when ordering, believing that it should work globally, but it turns out there are two different types of modem (would it be a modem? at least that’s how they described it to me), and not only is the one I have for the Americas only, they don’t have any stock of the European ones.

So, I have the unit, but it’s useless for its intended usage. At least so far as 3G is concerned - I believe it should have a 2G fallback, which I believe might be global, but I’ve not gotten as far as testing it yet.

Further to this, it would appear that Arduino are getting in on the scheme and are releasing their own GSM unit.

Further hardware news, it seems that Hologram are releasing and updated Dash, one which features the Ublox SARA-U201 modem - i.e. a global modem.

Good times ahead, one thinks.

Just thought I would update this thread with a deal I found, im looking for a data plan for the sensors in my campervan

Thanks for the info guys. 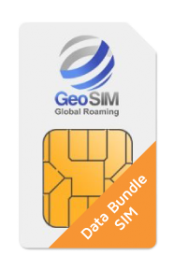 Good find. Been on the lookout for some data sims for my vehicle trackers - my o2 one I’ve been using for testing requires a phone call to be made every 90 days lol.