Birmingham tech blogs in one place

Currently we lack a place to follow the community of tech bloggers in Birmingham (at least I’m not aware of a place). I think the advantages of doing this would be to:

I suggest we create a planet.birmingham.io [thanks to @moreati for the suggestion] site which would aggregate blogs together, similar to how planet.ubuntu.com

We’d need to get an initial list of technical blogs that would be on the site. I’m thinking the ones we’d include would be either (or both):

We could use a public google doc or spreadsheet or just post here to get a list local blogs. It would be good if we have enough that there is a least a post every couple of days on average, so people will come back to site

Also, I think we’d want to post everything to a twitter account (e.g. using twitterfeed or dlvr.it) - because most people don’t use a RSS reader, I’m assuming.

Getting the word out

I do want to get back into blogging on a more regular basis so this might be enough to give me that nudge to find the time.

I’m entirely in favour of this idea. Planet Venus is pretty reasonable and pretty easy to set up, and could have the lightest of themes to share a colour with talk.b.io and then when someone says “hey, that could look cooler”, they can do something nicer

It’d be good if there were a few people authorised to add new blogs to it, just so we don’t bottleneck on one person who is the only one with permitted access to the box it’s on.

A thing to decide: there are two ways to run a planet. One is to say that it’s about a particular subject (“tech stuff in Birmingham”) and therefore ask participants to provide a category feed for the bits of their blog that are about the subject. The other is to say that it’s about the people involved in tech stuff in Birmingham and therefore it’s fine to include participants’ posts which are on their sites generally, and don’t have to be about tech-in-Birmingham. I personally am in favour of the second – what I care about is the community, and if someone writes about their weekend or their children or their holiday that’s great, because I learn more about the people in the tech scene – but some think a planet should not be like that. It’s not a problem either way, but a decision should be taken up front about how it needs to be so that the decision exists to be pointed at later when someone disagrees.

First of all, I think this is a great idea, and I’m glad that you’re keen to do it under the Birmingham.IO banner (it’s this sort of thing that Birmingham.IO exists for)

Hosting: I could host this on my Digital Ocean VPS or we could use the one talk.birmingham.io uses if that’s ok with @LimeBlast

I wouldn’t mind hosting it, only I see that it’s a python script, and I know next to nothing about python. Truth is, I know nothing about Discourse (the software which powers this site) either, but I don’t need to because I’m using their Docker tool for the set-up, but it kind of took over the whole VM, and I’d rather just leave it doing what it’s doing…

…so, long story short, if someone else could host it (and simply tell me what CNAME/A/whatever record to update on planet.birmingham.io) I’d be grateful.

I’m sure we can collect a list of blog links from people in this thread (or a related one, to help separate concerns, like all good coders should - - I’ve created the thread here).

I have the @BirminghamIO twitter account, which would be as good an account to use as any - again, let me know whatever settings I need to put on it for this to happen, and I’ll happily oblige.

when someone says “hey, that could look cooler”, they can do something nicer

I’m still waiting for someone with some talent in the design department to offer their services - while I don’t think there is anything wrong with how the site looks now, I’m sure it could be improved.

It’d be good if there were a few people authorised to add new blogs to it, just so we don’t bottleneck on one person who is the only one with permitted access to the box it’s on.

I agree. Do you know is the Planet Venus software have an easy to use admin system (for which we can give logins to the relevant members of the community)?

I tend to agree with this second approach, and agree with your reasons for it.

Idea; check the deployed venus folder into github. That way, people can propose new feeds via pull request – obviously this isn’t any good for non-technical people, but a techie person can take care of the actual proposal. Stage 2 is then to actually have planet.birmingham.org offer a URL endpoint to do a redeploy, which github can then hit as a webhook; that way, the main operator can grant other people write access to the repo and thus allow others to accept the pull requests and thus update the list.

I’ve left the original post where it was (because it is in relation to the submission process) but have chosen to discuss it here, because the discussion is more technically focused.

I don’t know anything about how Venus works, but the fact you’re talking about submitting feeds via pull requests suggests it used hard-coded config files, rather than some type of admin panel? Is that right?

hard-coded config files, rather than some type of admin panel

Correct; that’s how it works. No databases here. 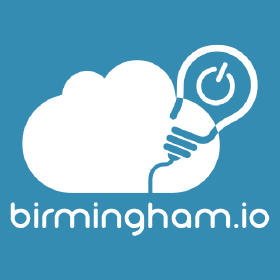 Forum for the tech, coder, start-up and geek communities in Birmingham and surrounding areas

OK, see https://github.com/stuartlangridge/planetbirmingham for an initial setup. I don’t know who’s going to run this (@limeblast? @rythie?) but there should be enough instructions there to allow someone to try running Venus and see if it works. If we’re happy with this, fork it into the birminghamio repository, and then have the real site be a checkout of that birminghamio git version.

I’m more than happy to let @rythie (or indeed yourself) take the lead on this one… All I need is the DNS settings that I should apply to the domain once it’s set up.

I’ve given you both access to the BirminghamIO organisation on GitHub.

yo, @rythie, are you happy to set up the thing on your DO box?

Yes, I’m more than happy to set it up on my DO box. However, I’m on holiday this week (in Minehead), so I don’t know when I’ll have a chance to look at it.

OK, there’s no reason why we can’t get started on populating the list using the pull request method suggested by @sil while we wait for @rythie to come back from holiday (I hope you’re having a good time @rythie) .

I’ve forked your repo into the BirminghamIO organisation (to try and keep everything together in one place) and renamed it: 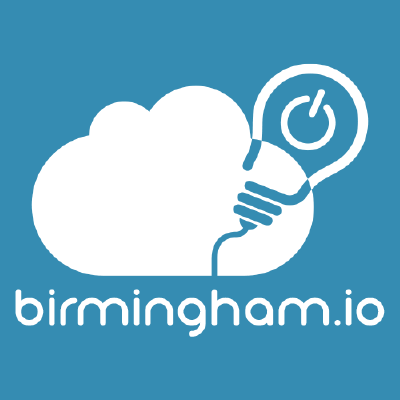 I’m happy to populate the submissions we’ve had in the thread so far (adding to the ones you’ve already set-up), then close the existing submissions thread, and start a new point pointing at the repo.

Quick update, I’ve made some minor modifications to the readme (just to update the github url and paths, etc…), and added my own blog - I hope I’ve done it right @sil? If I have, I’ll add in all the other blogs we’ve had submissions for.

As far as I can see you have, yep. Seems great. Techie people who want to see a new feed listed can now propose a pull request; non-techies can post here and a techie person can then edit the code for them. Next stage is deploying it somewhere… are we waiting for @rythie to come back from holiday and he’ll host it, or would this all be a reasonable thing to put on the same box as talk.birmingham.io?

I’d prefer not close the submissions thread. I’d like to make it as easy and low friction for people to add their blogs. Pull requests are great as an additional option, but it’s not like you can do them from a phone or iPad.

@rythie - Fair point - I won’t close the thread in that case, but I will update it with the info on how to submit a pull request for the people that know how.

@sil - I’ve been having a play with the instructions you provided, and now recognise that Venus is just a static site generator. With this in mind, in combination with the fact I was able to follow your instructions and successfully run a build, I might feel a little more comfortable hosting it on the talk server…

…that said, I think I’d rather not. The server is totally managed by Docker, and I kind of want to leave it that way. I know it’s possible to set-up additional sites on the same server, but all of the time that @rythie is offering space on his, I’d rather use that (plus, he seems to know what he’s doing a lot more than I do).

In the meantime however, as discussed I’m going to update the blog list in the repo with all the submissions we’ve had to date, and work on a basic template/design to bring it in line with the forum. You’ll be able to follow my progress on the repo

I’ve spent most of the afternoon toying with this Planet Venus thing, it’s kinda cool. I’ve updated the blog list, and spent some time using my (very limited) design skills on the template… Want a preview? Click below:

It needs a bit more work (or someone with some actual design skill) but I’m happy with what I’ve produced so far - saying that, feedback (both good and bad) is welcome.

I’ve put it up here: http://planetbirmingham.rythie.com/ - can you CNAME to that please.